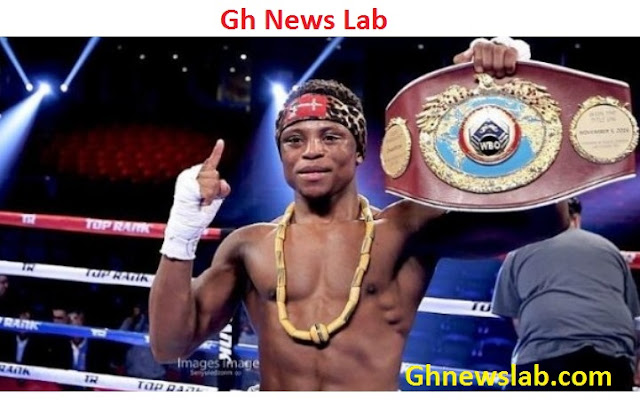 According to information gathered by Ghnewslab.com, the said fight will come off on December 8, 2018, at the Madison Square Garden in the United States of America. The upcoming clash will be Dogboe’s second defense of the world title he won last April.


The former Olympian claimed the belt after dethroning then champion, Jesse Magdaleno – he stopped the American in round 11. The Ghanaian successfully made his first defense of his title after blasting out Japanese warrior, Hidenori Otake, in round one last August.

Dogboe (20-0, 14 Kos) is now up for another challenge as he takes on Navarrete who is one of the toughest boxers in the super bantamweight division.

Navarette has fought 25 times, winning 24 and losing only one – out of the 24 wins he has recorded 22 knockouts. The Mexican is currently ranked number two by the WBO and number one by the WBA.

Ghnewslab.com had earlier reported a story Isaac Dogboe receiving a brand new Mecedes Benz worth $100,000 from Silver Star Auto Limited. The car was given to Isaac Dogboe on his 24th birthday on September 24, 2018. "Desvid.Com" is a Platform that allow users to ASK & ANSWER Questions, Share Opinion, News, Ideas, Music, Lyrics and anything you can think of.

For Latest News, Music, Videos, Lyrics and others, Visit our BLOG -> https://desvid.com/blog