The 7/8/21 WSJ piece ‘Financially Hobbled for Life’: The Elite Master’s Degrees That Don’t Pay Off’ has generated a much needed conversation on the excessive debt that some graduate students are accruing.

We weighed in briefly here, and our colleague Bryan Alexander has done a terrific job of synthesizing, contextualizing, and broadening this discussion of master’s degrees in his 7/18 piece Have master’s degrees gone too far? A critique and a discussion.

Even though this thread is a bit over a month old, we want to hone in on a couple things that Kevin Carey asserted in the Slate interview. In that exchange, Weismann asks:

“Who do you think the victims are here, in the end? Is it students? Is it the taxpayer? Is it all of the above? Who gets the worst end of this deal?”

“It’s certainly not the colleges. They get paid upfront. They bear no risk in these [OPM] transactions.”

Reducing the risk of new online programs for schools is certainly one of the main reasons that OPM companies will often claim in support of their arguments about the benefits of these partnerships. In a traditional OPM arrangement, the online program management company invests significant upfront dollars in the design and marketing of a new online program.

The traditional model (and there are many variations) is for the OPM provider to pay for most or all of the variable costs in starting and running a new online program. In exchange, the OPM provider receives from half to two-thirds of the tuition revenue, with the school receiving the remainder. (Faculty costs usually, but not always, come out of the university share).

The fact that the OPM “fronts” the upfront variable costs of an OPM/University partnership is why Carey (and the OPMs) say that the schools “bear no risk in these transactions.”

But is this true?

The most obvious costs are the people working in the schools. Degree programs, even those done with OPMs, are still university initiatives. They take people to run and manage. There are necessarily many people involved from the college, including most obviously, the faculty who will design and teach the courses.

But there are also the folks who run the program from the school’s end. Often one of their primary jobs is acting as a liaison to the OPMs. The OPM may handle marketing efforts for the online program, but someone has to oversee all that work. These program admins bear a significant responsibility in making sure the school’s interests are represented in the implementation of the program.

There are many other costs, from fixed costs and overhead to costs that many schools have a difficult time tracking completely.

This is all to say that an online degree program done with an OPM is never fully outsourced. In the best school/OPM arrangements, the development and running of the online program is a collaboration. These take work.

It can be argued that the revenue from the master’s programs can enable schools to grow their staff, building internal capacity to manage the new online program.

All of these many outcomes may happen, but there is a risk that they will not.

As we move into a new era of higher education, we would all benefit from greater transparency so we can assess risk and reward from a position of greater understanding.

Whether there is significant risk may ultimately be beside the point. For colleges and universities that decide online programming is an option, there is certainly a significant cost. That cost comes from internal investments and partnership that converts fixed costs into ongoing revenue shares at sometimes extreme levels.

We should know more about the impact of those decisions.

READ ALSO: How to Insure a Recreational Vehicle

Thanks for visiting to read “University Risk and OPMs” on Desvid.com 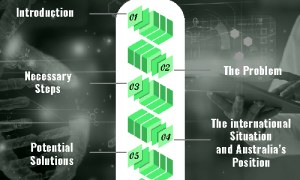 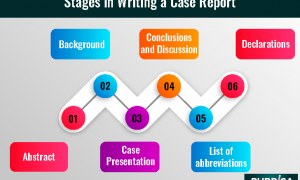 Case Study of the Biotechnology Industry in Medicine – Pubrica