Onam festival has the same importance for Malayalis that Durga Pooja has for Bengalis and Pongal has for Tamils. In fact, from 1960 onwards, it is the official festival of Kerala state. The Kerala government promotes it as a tourist attraction due to the fact that it is a complete package that offers a panoramic view of Kerala’s culture, art, heritage, and cuisine over a period of 10 days.

Onam is a harvest festival like Pongal, but it is also celebrated to honor King Mahabali, who ruled the kingdom in ancient times.

The story of Mahabali is known to every child in Kerala. It is linked to the story of Vishnu’s 5th avatar, Vamana. Mahabali was an Asura or demon. The demons and gods were always at loggerheads for supremacy and power. Most demons were hardly paragons of virtue, but Mahabali was an exception. Though he was powerful, he was also a virtuous ruler who truly cared about his subjects.

Under him, his kingdom and subjects prospered. Peace, harmony, and prosperity reigned. But the gods were not happy. They feared Mahabali and felt threatened by his rise. So they appealed to Lord Vishnu to eliminate him. So Lord Vishnu took the form of Vamana, a dwarf Brahmin, and approached Mahabali. He asked the king for 3 feet of land, and seeing how small he was, Mahabali agreed readily. But Vamana kept growing bigger and bigger. In two steps, he covered the earth and the sky. As there was no further space to keep his foot, Mahabali bowed down and told him to keep it on his head.

Vamana kept his foot on the king’s head and pushed him down into Patala. But he gave him permission to visit his kingdom once a year and meet his subjects. Mahabali’s return is celebrated as the Onam festival.

During Onam, people make floral rangolis called Pookkalams, using fresh flowers. They add more layers each day so that the design becomes more intricate as the days pass. One can see such colorful rangolis before every house during Onam.

If you love grand spectacles, do not miss the Tripunithura Athachamayam on the first day of Onam or Atham day. It is a grand tableau featuring folk dancers, musicians, floats, and caparisoned elephants making their way in procession through the streets of Tripunithura, near Kochi.

Vallamkalis or snake boat races take place, and they attract a lot of tourists from abroad too. The Aranmula Vallamkali and the Nehru Trophy Boat race are very famous.

Dances like Thiruvathirakkali and Thumbi Thullal are performed by women and young girls. One can also enjoy many folk art forms like Pulikkali and Kummattikkali during Onam.

Many games and martial arts events are also part of the Onam celebrations. Onathallu is a martial art form performed at this time.

One can also relish the Ona Sadya, a traditional repast that includes 26 vegetarian items, which is one of the highlights of Thiruvonam day, which is the last day of the festival. This is also the day when Mahabali supposedly arrives in the state.

In the capital city of Thiruvananthapuram, the buildings and streets are illuminated, and on the last day, a magnificent fireworks display also takes place.

Onam is significant on many levels. For one, it is a great opportunity to experience the cultural richness of the state. For another, it is a time to get together with family and friends. Keralites living abroad make it a point to visit their homes and families during Onam. Onam also unites the whole of Kerala, as people of all castes, classes, regions, and faiths celebrate this unique festival as one big family. 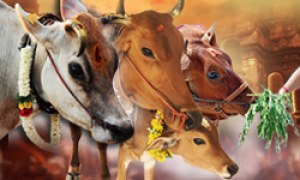 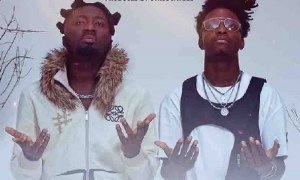